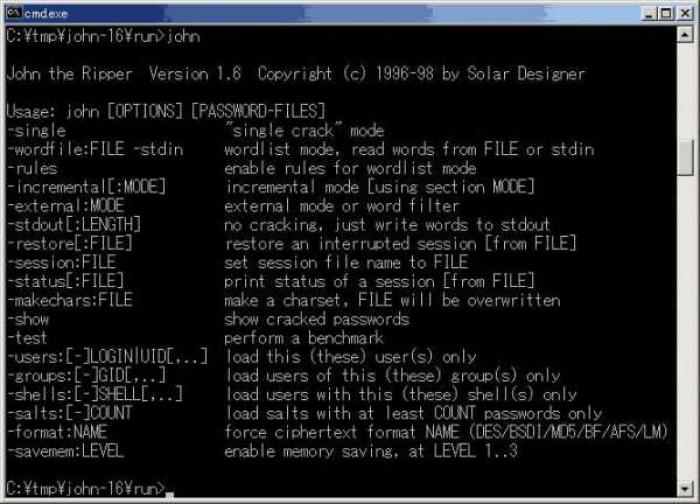 John is one of the top 10 security tools in Kali Linux. On Ubuntu, it can be installed through the Synaptic Package Manager. In this article, I will show you how to use the unshadow command together with John to crack a user’s password on a Linux system. On Linux, the user name / key details are stored in the following two files. It basically performs dictionary attacks against a wireless network to guess the password. As you already know, the success of the attack depends on the dictionary of passwords. The better and more effective the password dictionary is, the more likely it is that it will crack the password. It is available for Windows and Linux platforms. Both unshadow and john commands are distributed with “John the Ripper security” software. It act as a fast password cracker software. It is a free and Open Source software. It runs on Windows, UNIX and Linux operating system. Open THC-Hydra ​ So, let's get started. Fire up Kali and open THC-Hydra from Applications - Kali.

In this chapter, we will learn about the important password cracking tools used in Kali Linux. 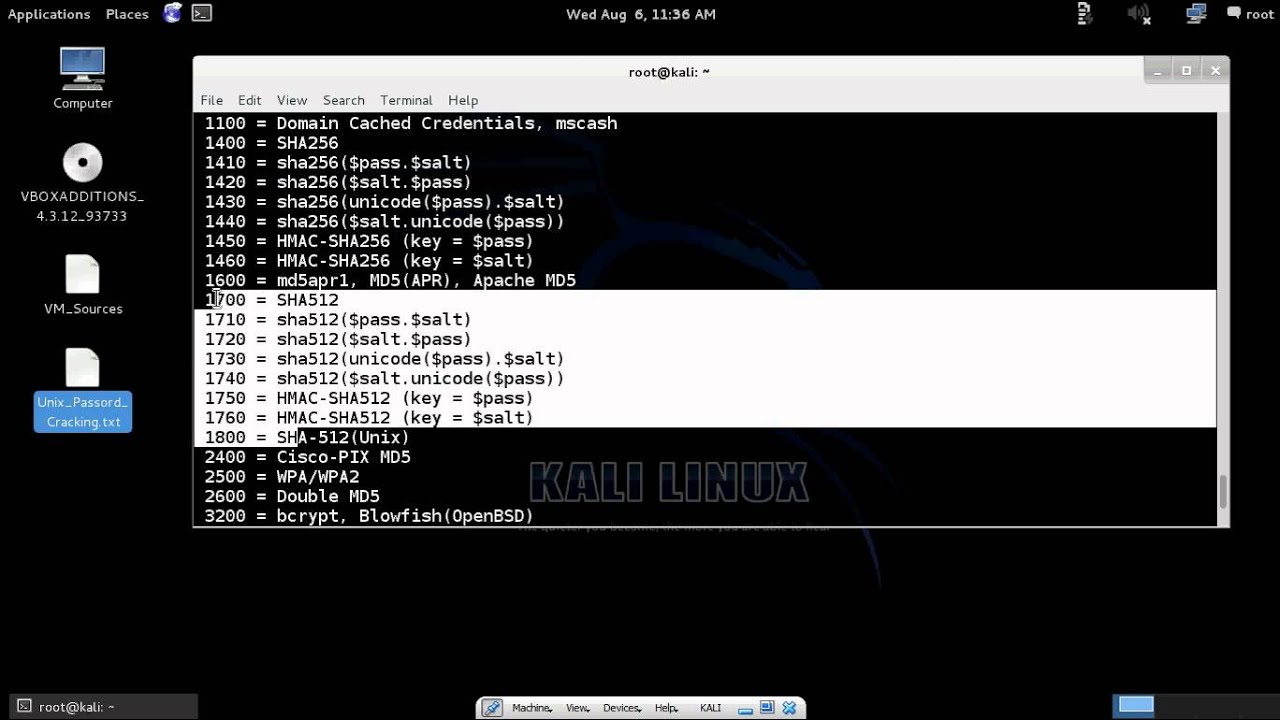 It will open the terminal console, as shown in the following screenshot.

We have created in Kali a word list with extension ‘lst’ in the path usrsharewordlistmetasploit.

The command will be as follows −

where –V is the username and password while trying

As shown in the following screenshot, the username and password are found which are msfadmin:msfadmin

Johnny is a GUI for the John the Ripper password cracking tool. Generally, it is used for weak passwords.

To open it, go to Applications → Password Attacks → johnny.

In this case, we will get the password of Kali machine with the following command and a file will be created on the desktop.

Click “Open Passwd File” → OK and all the files will be shown as in the following screenshot.

After the attack is complete, click the left panel at “Passwords” and the password will be unshaded.

john is a command line version of Johnny GUI. To start it, open the Terminal and type “john”.

In case of unshadowing the password, we need to write the following command −

It is a dictionary attack tool for SQL server and is very easy and basic to be used. To open it, open the terminal and type “sqldict”. It will open the following view.

It is a tool that is used to identify types of hashes, meaning what they are being used for. For example, if I have a HASH, it can tell me if it is a Linux or windows HASH.

The above screen shows that it can be a MD5 hash and it seems a Domain cached credential.